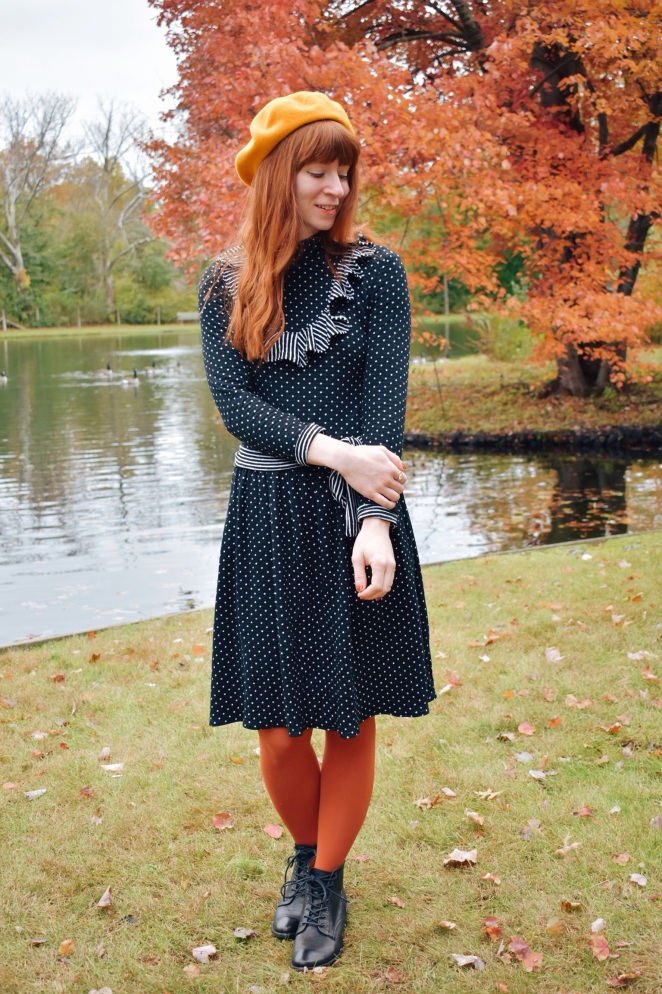 There’s a contest on Instagram hosted by @i_seam_sew_happy_xx and @oh_liverpool_lou called #stitchedwithatwist. It’s about making a garment your own- altering a pattern, adding embroidery, painting the fabric, etc. I was wandering the aisles of Joann’s and saw this fabric I already had at home. All of a sudden it hit me what I should do! This fabric is reversible. I also have it in grey and you might remember a Deer and Doe top I made with it. I thought it would be fun to play with the two different patterns. I used the Freya pattern from Tilly and the Buttons Stretch but made a gathered skirt for it. I added the pleated detail around the top and did a reverse hem on the sleeve. It felt like it was missing something so I made a sash! 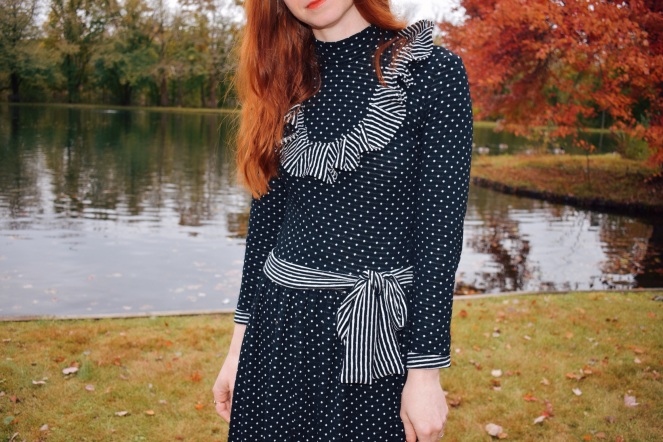 This dress is so comfy and I know I will wear it a lot with leggings and cardigans. I’m so glad I made this. I wouldn’t have thought of it without the contest! There’s still time to join in if you also want to #stitchwithatwist!

And because it’s almost Halloween, here’s my pumpkin! I carved it and used this tutorial from Martha Stewart. https://www.marthastewart.com/1531414/etched-fox-and-bunny-pumpkins

It used a lino cutter and I found it so much easier than actually carving the design. Michael helped me take some fun photos with the lantern he bought recently. 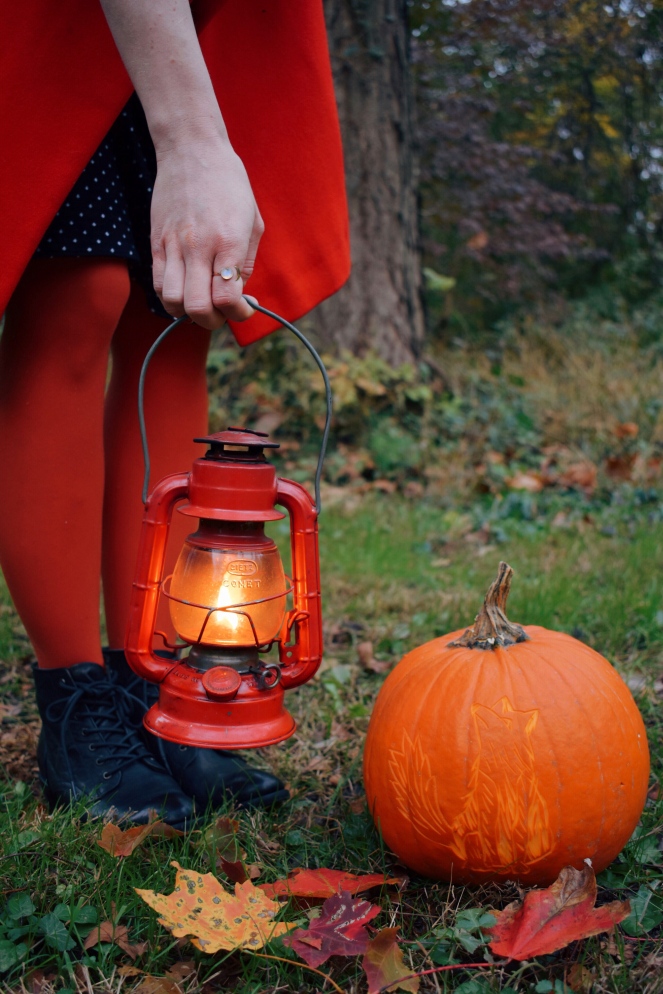 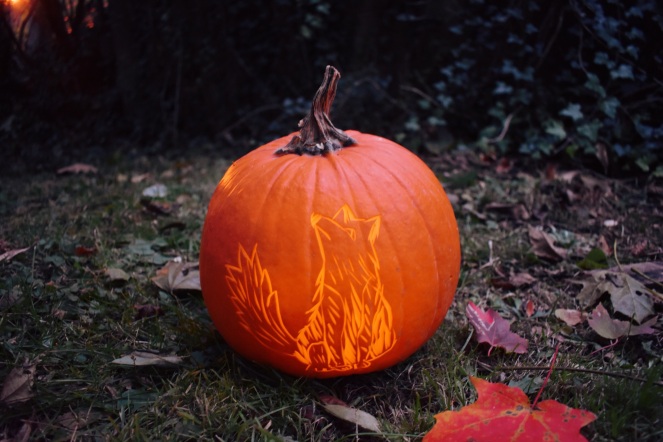 View all posts by Erin

One thought on “Stitched with a Twist!” 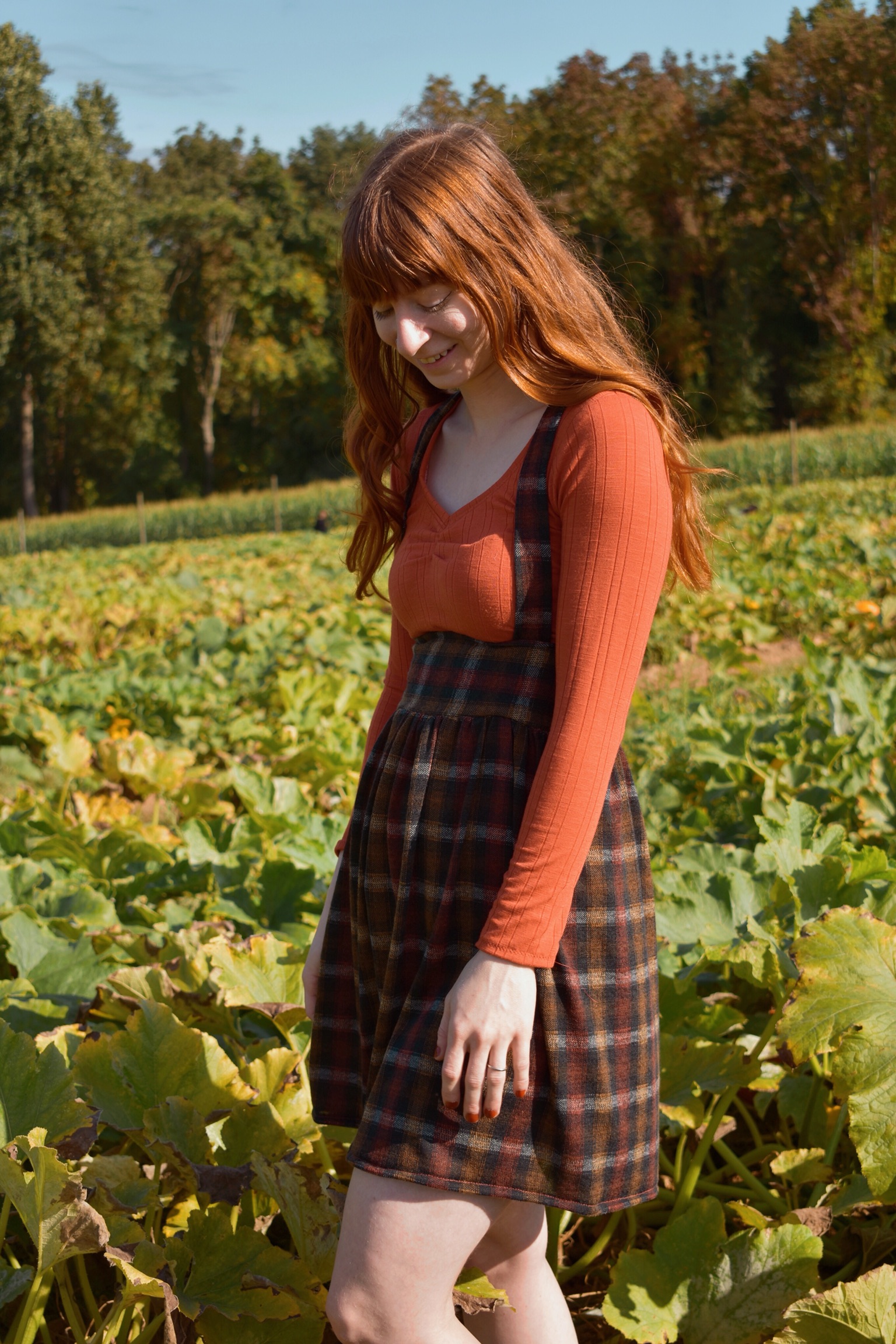